A photographic journey through the War in Ukraine 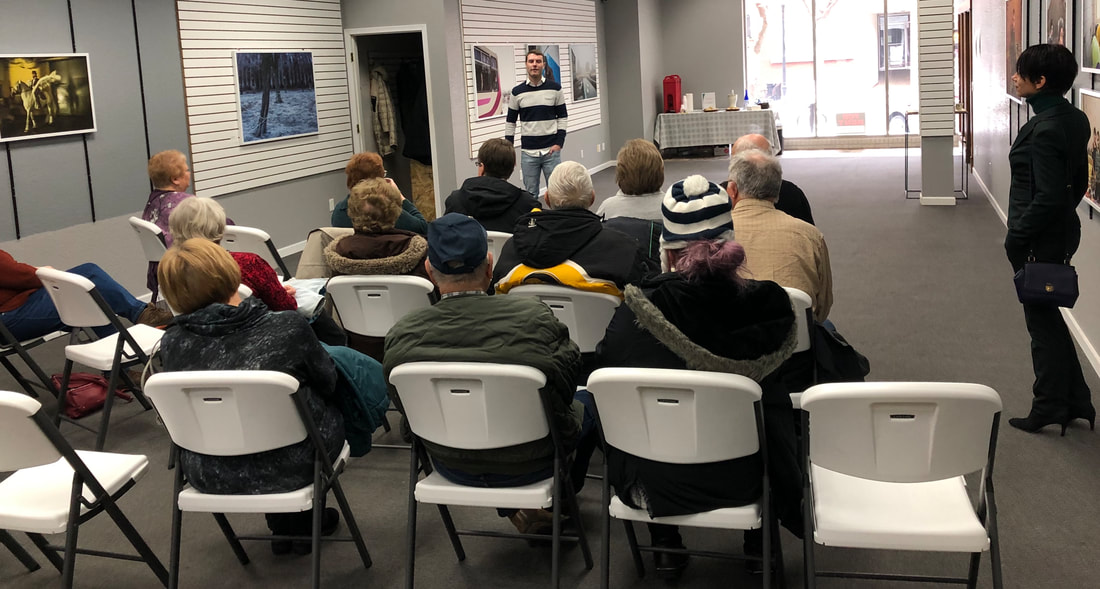 Legacy Learning Boone River Valley hosted a gallery showing about Ukraine in early 2020. Brendan Hoffman covered the Ukraine War in 2014 and he brought his images to our town. It was well attended and eye opening. There were many visitors from out of town – and a contingent of Ukrainian people.

this year in october we are bringing brendan and his wife oxsana's work to webster city.

Brendan Hoffman (b. 1980, Albany, NY, USA) is a documentary photographer based in Kyiv, Ukraine, where his work reflects his interest in themes of identity, history, politics, and the environment. His recent focus has been on Ukraine, beginning with the 2013-14 Maidan protests in Kyiv, from which his pictures were published and exhibited widely, and continuing with extensive coverage of the war in eastern Ukraine.
His work has been supported by regular assignments for The New York Times as well as a 2018-19 Fulbright Scholar fellowship and grants from the Philip Jones Griffiths Foundation, The Documentary Project Fund grant, and the National Press Photographers Association. ​

Oksana Parafeniuk is an independent photographer based in Kyiv, Ukraine, where she is exploring the manifestations of human resilience and dignity among people facing hardships. Her main interest is to explore creative approaches in documentary photography.

Oksana holds an MA degree in French/Francophone Civilization, Culture, and Society from Middlebury College where she was awarded the Kathryn Davis Fellowship for Peace.
Oksana speaks fluent English, French and Russian, in addition to her native Ukrainian.

details are being worked on... here's what we have so far